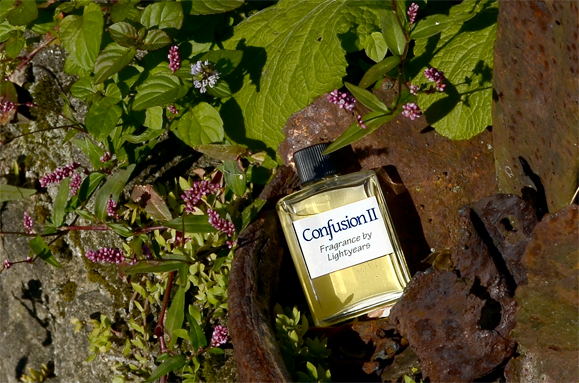 Created for a special promotion, Confusion II is a blending of scents – cumin seed, caraway, chamomile, clary sage, jonquil, rosewood, cedarwood, ylang ylang – that give it a near mystical appeal to both men and women. It can be worn comfortably by both men and women. I'm fine with it; so is my wife.

While Confusion II sports a more (seemingly) conventional aroma than either our Xotic, Blackberry, or Mimosa, you will never find it classified with any popular fragrance trend. Its power is subtle, it does not scream, but it definitely does not imitate.

Confusion II was originally developed as potential "band merch" – an item bands could sell at gigs along with their CDs and t-shirts. It had – and still has – a blank panel on the back that allows a star to personally sign it for a fan. To keep production costs – and thus retail price – down, Confusion II is bottled in a "splash" bottle with a simple black cap. Yet the bottle is imported Italian glass from a leading glassware manufacturer.

The name – Confusion II – was intended to be flexible. A band could rename it and use their own artwork. But, since you may not be with a band, we've left the original "Confusion II" name on the bottle. You're free to scratch it out and write over it and give it your own name. 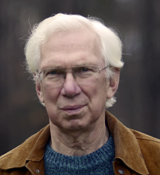